One of the unintended consequences of the explosion of subscription video streaming services — and the ways in which they market themselves — is that they are indoctrinating a new generation of entertainment consumers who are more like promotion-savvy consumer packaged goods customers looking for the next new deal.

That was the takeaway from a keynote conversation between HBO Max Vice President-Consumer Insights Natasha Hritzuk and Magid’s Mike Bloxham during Day One of CIMM’s (Coalition for Innovative Media Measurement) virtual summit on Tuesday.

The session kicked off with Bloxham sharing Magid research findings indicating that a significant number of subscription video subscribers are now conditioned to “churn out and churning back in just as an endemic part of their streaming life.”

Specifically, the Magid data found about a third (35%) of consumers signing up for video streaming services intend to cancel within six months.

While compelling content and exclusive titles remain the No. 1 draw attracting subscribers to streaming services, HBO Max’s Hritzuk acknowledged that the ways in which some have been bundling with other service providers — such as Disney+’s one-year free trial with Verizon wireless service subscribers — has been “super efficient, especially when you’re in growth mode,” adding: “You have to weigh out the impact on the brand.”

She said streaming-service marketers need to become more sophisticated about how they target consumers with promotions and discounts to avoid the kind of behavior Magid’s Bloxham described as “platform bouncing.”

She likened the discount and freebie promotions to the kind that have long plagued the consumer packaged goods industry for decades.

“You create junkies over the long haul and nobody wants to pay the full price,” she admonished.

Given that exclusive premium content is the top factor, Hritzuk cited several other factors streaming services can utilize to win and retain loyal customers, including “personalization,” as well as “interactivity,” and even “gaming.”

Another big factor, she said, was the user experience design of streamers’ home screens and navigation pages, which often have long load times, are cluttered, and don’t necessarily offer the easiest and most intuitive ways for consumers to discover the content they actually want to watch. 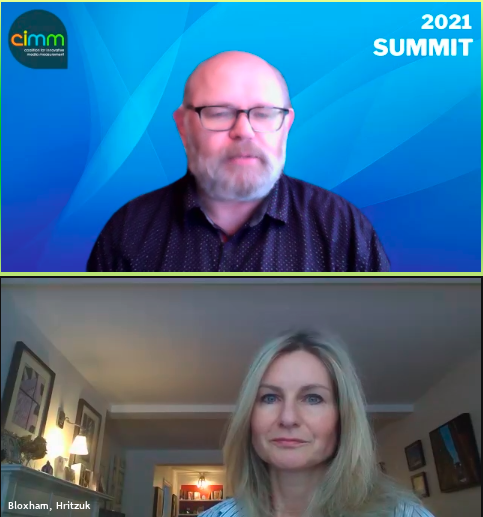 View the full session recording of the conversation between Hritzuk and Bloxham.

MediaPost Let’s Talk
Previous
Beyond Originals: Drivers of Audience Growth and Retention in Streaming Video
See All
Next
Magid knows streaming » the challenge of churn